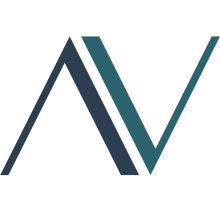 I started developing the Bierkeller App about two and a half years ago. I had the idea never to see another bottle of beer running out of my cellar. To solve this problem, I decided to create an app for it. In my spare time I worked on this app. In the evenings and sometimes on weekends. I have been developing the first version of this app for almost a year. Meanwhile, I decided to release this app to help other beer freaks avoid similar problems. To reach more people, the first version already contained a German, French and English translation.

To this day I have released 12 versions to continuously improve the app. The last update was published almost half a year ago.

Why did it took so long for a new version?

I started this app as a hobby project in early 2015. This is why some areas of the code were difficult to maintain. I have decided to rewrite almost the entire app to make it easier for me to extend and improve this app in the future. Unfortunately, this takes longer if you only do it in your free time.

One of my main pain points in the old app was cloud syncing. If you recently replaced your iPhone or you were using more than one device, I’m very sorry to give you such a bad experience. One of the biggest improvements in Bierkeller 2.0 is the rewritten iCloud syncing. It is now turned on as default and automatically updates your cellar on your 2nd device.

In addition, there are now even more filter options. In the past, filtering by beer style was what was most frequently desired. There are also new statistics. To make adding beer bottles even easier there are now new buttons.

The biggest changes are in the user interface. The app has been completely redesigned and adapted to the latest iOS version. In addition, there are small animations in some parts of the app to make the functionality clearer. I hope you like the new version of Bierkeller. I would be very happy about a review in the Appstore on Facebook or Twitter.